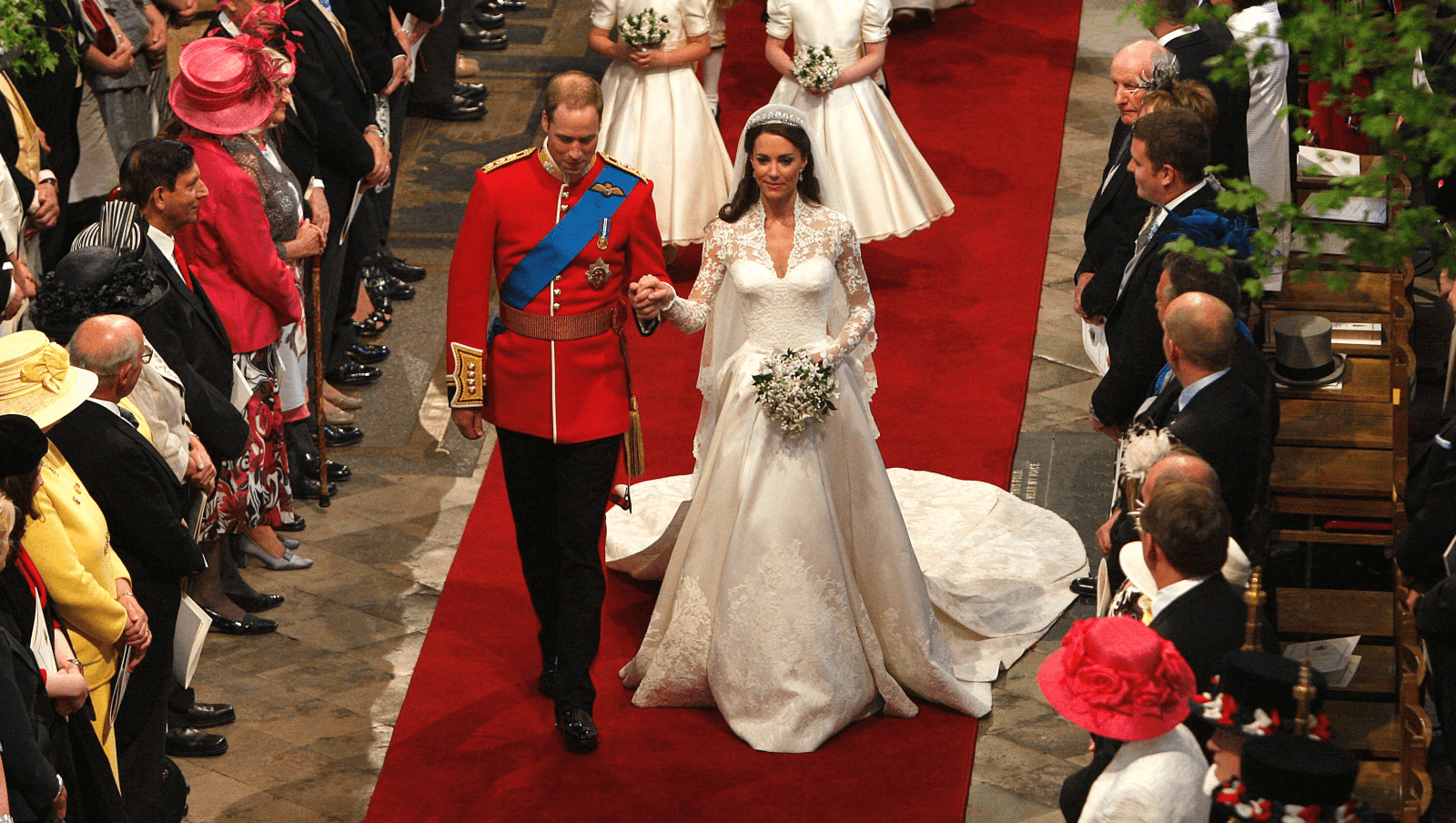 Until the 20th century, royal weddings in Britain were celebrated behind closed doors. It all changed in 1923, when a shy Prince called Bertie, later King George VI, married a Scottish beauty, Elizabeth Bowes-Lyon. This was the first ‘modern’ royal wedding to be filmed and shown to the public. Over a million people lined the streets and gathered outside Buckingham Palace to cheer the newlyweds.

In 1947, their daughter, Princess Elizabeth, would bring glamour to the darkness of post-war Britain when she wed Prince Philip, a celebration uniquely captured on technicolour film. In 1960, her younger sister, Princess Margaret, married a society photographer, and for the first time the marriage vows were televised to a global audience of 300 million.

As the media’s access to royal weddings has grown, so have the public celebrations. When Prince Charles and Princess Diana, married in 1981, their brilliantly-staged wedding turned everyone into unabashed romantics, captivating 750 million people worldwide.

Following months of archive research, all these historic wedding days, some seldom seen, have been brought together for the first time on film. The programme begins and ends with Prince William and Kate, and in between celebrates 90 years of Royal Weddings on Film.